Polystyrene on Movie Sets – How is it Used? 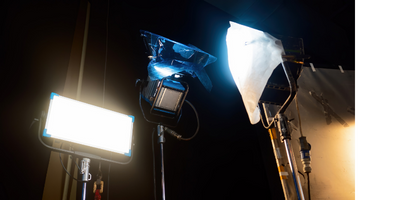 How is Polystrene Used in Movie Sets?

The Movie industry relies heavily on polystyrene to build movie sets. You may not think it, but it is a very popular choice among movie directors and many production companies. For props such as statues and columns, and even miniature landscapes, polystyrene is most commonly used.

Polystyrene is known for being a lightweight material that also is extremely moisture-resistant and long-lasting. Polystyrene is a great product to work with as it can be easily transported and calved into many different shapes and sizes. It all starts with Polystyrene blocks that are cut into polystyrene sheets and shaped into many well-known movie sets.

EPS at Eccleston & Hart can provide life-like shapes and structures to enhance the production value. We work closely with property managers and set designers to create their production designs.

Movie Props Made from Polystyrene

Polystrene can also be moulded into props commonly used within the movie industry. Prop makers (known in the industry as prop masters) create props ranging from stone age spears to futuristic weapons in such incredible detail.

The main benefit of using foam for props is that it allows you to create high-quality props while keeping up with safety regulations.

Just Some of the Movie Sets that Have Used Polystyrene

Here are just a few movie sets polystyrene has featured on…

Most of the scenes on The Matrix series were calved in polystyrene using a hot wire design method and the majority of the Zion Temple set was built from polystyrene.

In the film Night at the Museum II, polystyrene was used to create moon craters and rock sets as well as many life-like figures.

For Harry Potter and the Deathly Hallows Part 2, the battle of Hogwarts used five, 32-ton trucks worth of polystyrene to create just the rubble!

Choosing Polystyrene for Your Movie Set

Polystyrene is a well-known product for creating magical movie-sets that have captured the imagination of many viewers around the world.

Do not hesitate to get in touch, here at Eccleston and Hart we can provide you with all your polystyrene needs. Call us on 0121 683 0300 for more information