What Is Expanded Polystyrene 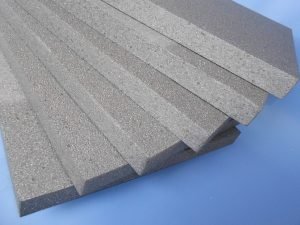 Welcome to the new blog here at Eccleston and Hart Expanded Polystyrene. We’re going to be keeping you updated with the latest news and developments from the world of expanded polystyrene and all things related.

We thought we’d start at the beginning rather than jumping straight in at the deep-end. So, what exactly is expanded polystyrene?

You’ve probably used it without even realising what it is.

Expanded Polystyrene (or EPS) is used in:

You may know Expanded Polystyrene as just Polystyrene or, more commonly, Styrofoam. Many people make the mistake of referring to Polystyrene beads as Styrofoam beads. These beads are used to fill beanbag chairs and in the production of lightweight concrete.

EPS is an extremely versatile material, which has many different uses, it is strong yet lightweight, so it provides excellent impact protection and cushioning ideal for packaging. Expanded Polystyrene has specific thermal qualities for insulation, is water resistant, environmentally friendly and recyclable.

Eccleston and Hart manufacture Polystyrene products for the Packaging, Construction, Film Exhibition, Theatre, Display, Media and Graphics Industries. We’ve been doing this for more than 50 years!